At Daniel Seven Hairdressing we offer exceptional service, hair styling and colouring in London. Our wide range of natural products combined with experienced colour technicians will give you a cutting edge style. 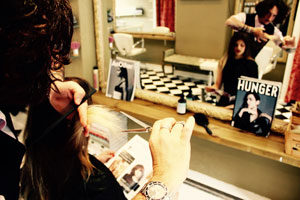 Let us unlock the true potential of your hair. One way does not suit all so therefore your appointment will always begin with an in-depth consultation with your stylist touching on all aspects of your lifestyle. Whether it’s time for something totally new or you just need some style maintenance our professionalism and attention to detail remains consistent. 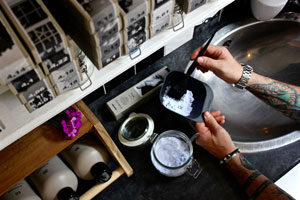 What does your colour say about you? From the extreme to the subtle our professional colourists will help find the right shade for you, perfectly balanced to enhance your inner beauty and personal style. Our appointments always start with an in-depth consultation touching on all aspects of your lifestyle so that our colourists can work with you to evolve your colour. 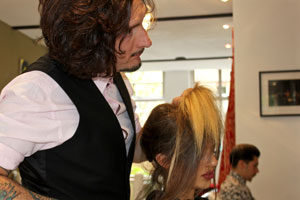 The perfect style for any occasion. Pick your style and let our Stylists at DSH work for You. A good blow dry is far more than just drying the hair after a cut, it is about bringing out the potential of your style and creating something unique. Now your night out can start with the perfect glamour.

Daniel’s career as a hairdresser started from a very young age in the lovely town of Cosenza where he was born. Being part of one of the most exclusive saloon in the city, he developed his passion towards fashion and hairdressing, taking part of many backstage fashion shows in South of Italy. Passionate about his work, he decided to take a step forward and moved towards bigger cities such as Milano, Mantova, Torino, but he spent most of his years in Florence, where he found a new environment and explored new opportunities. His style became more sharpen and his skills smoother. He then enrolled at the L’Oreal Academy where he strengthens his technical skills and later on takes part in challenging contests, being awarded for his cutting techniques and hairstyle. During this time he was involved in different theatre and movie backstage as a stylist. Daniel’s inspiration and style is drawn from his unrelenting passion for rock music. He strongly believes that being a hairdresser is another way to create art and to make people happy creating their own personal style.

Get in touch for your new style!